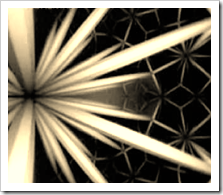 [Concrete/Interesting] A while back I saw a BBC Horizon programme about Fermat’s Last Theorem and the mathematically heroic work by Andrew Wiles in raising the Taniyama-Shimura conjecture from a mere conjecture to a theorem and using this to show a contradiction between the predictions of the epsilon conjecture and Wiles’ proof that all such elliptic curves must be modular. This contraction implies there are no solutions to Fermat’s equation, hence Fermat’s equation is true.

Like many, I was excited about this proof and although difficult to follow (Elliptic Curves are hard to understand, no kidding), the proof was without a doubt a clever piece of late 20th century mathematical wizardry, full of deep insight and imagination.

But something was wrong. It was all to clever, all too complex, all to contemporary. So to mark the birth of my new baby boy, Khaliq, I decided to provide a simple proof, maybe not complete in mathematical rigor and probably nowhere near robust enough for Cambridge Mathematics, possibly not even correct, but something I think 17th century mathematicians would have found interesting. See what you think.

Fermat’s conjecture is so tidy, so elegant and simply described as:

That is to say, for all integers, except 2, the equation has no non-zero integer solutions. For 2, where we square x and y, the sum of the squares of x and y is equal to the square of z

For n = 2, this may be familiar to some of you, and is known as The theorem of Pythagoras. Pythagoras, mathematician, philosopher and scientist, provided a proof for his equation based on logic and simple geometry. In fact, the equation was known to many at the time, but is was the application of mathematical rigor that gave Pythagoras the title over the equation.

It is from the relationship between the equation and a right angle triangle that I will start my ‘proof’’.

Mathematics is complicated, at least for the majority of us.I don’t want to pretend I am a mathematician or blessed with anything but a cursory level of competence in mathematics.

For a proof to stand on it’s own two legs it must be a convincing argument and this must be based on deductive reasoning which shows a statement to be true in all cases. Ok, so I don’t think I’m going to be able to do that. But I hope I can present an somewhat unproven proposition that I believe to be true – that, at least is a conjecture, and is something others may be able to prove.

So away with the shackles of mathematical rigor, eyes down for what I hope is an interesting conjecture:

Above n=2 where n is the geometric dimension, there are no simple object with 3 ‘flat’ boundaries.

By way of explanation, for n=2, the equation maps to a 2 dimensional polygon with three flat or straight line boundaries, commonly known as a Triangle: 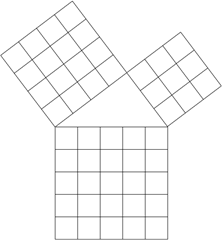 In proving this conjecture and in saying that Fermat’s equation is represented by this geometry, there lies a simple proof to Fermat’s Last Theorem. Q.E.D.

Popular posts from this blog 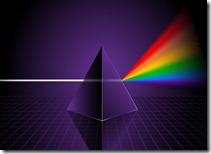 [Concrete/Little bit interesting] The Microsoft Prism framework provides a couple of very useful interfaces for managing awareness of view activation and navigation.IActiveAwareIActiveAware is a simple interface you can implement on your views to indicate that you want the view to be notified when it is made active or inactive. It looks like this:publicinterface IActiveAware { /// <summary>/// Gets or sets a value indicating whether the object is active./// </summary>/// <value><see langword="true" /> if the object is active; otherwise <see langword="false" />.</value>bool IsActive { get; set; } /// <summary>/// Notifies that the value for <see cref="IsActive"/> property has changed./// </summary>event EventHandler IsActiveChanged; }The IsActive flag lets you know if your view is active, and the IsActiveChanged event will fire when that state changes.If you implement this on your view class, t…
Read more

How do they do it – the right way to write software

[Concrete / Interesting] Sitting at my desk and looking at the plans for the next scheduled release of our enterprise application and, oh boy, this looks like it’s gonna take forever. Not an unusual thought to pass through the mind of a development manager. But wait, does it really have to be this difficult? Is there a better way. How do they do it?On another subject, one of the guys in the team shows me Trello (www.trello.com) – 5 minutes in and it looks like the right tool for the job.It’s a line of business application and it does what it says on the tin. Then my mind wanders and I find myself asking “how do these guys make any money? how do they write this stuff and sell it for nothing? how do they do it?”. So I dig a little deeper and the clue to how is to be found at the following URL:https://trello.com/docs/Yes, behind the web client, iOS, Android and Windows 8 clients, there is a business level REST API. And take a look at the structure, API nouns based on key business entitie…
Read more

[Concrete/ Quite Interesting]  Well probably, but that’s not important now. I came home from a short trip to Malaysia to find my Windows 7 desktop had crashed. We have a lot of laptops at home but the desktop is the family machine. It’s connected to my Samsung 6000 LED TV and we use it for music, pictures and 1080p movies. After a day trying to recover a crashed registry, I finally decided it would be simpler to reinstall Windows. The data on this machine is important and lives mostly on a 1TB USB drive, so re-install is not a problem. Then I had a mad idea – why Windows, why not Mac OSX?Mac OS -  Why, because I can As always, I’m very busy. I’ve got a couple of development projects running, some updates to write, articles, work and with the family away, a golden opportunity to clean the house from top to bottom. But I want to – why, because I can. Not just because I can, but also because I like Mac OSX. I’m 90% Microsoft and very comfortable with their operating systems. I’ve worked …
Read more

NotNowNigel
Ab irato, so watch it!